Don McEnhill grew up on the Russian River while spending his summers at his family’s cabin on Fitch Mountain where he formed a lifelong bond with the River. With his business background, he effectively works with citizen groups, businesses, property owners and government agencies to safeguard our most important community resource.  He has researched and advocated on water quality issues, developed our education programs and Riverkeeper Stewardship Park, while managing our growing organization since 2001. Don is an avid bicyclist, white water paddler and most enjoys playing on the River with his kids! 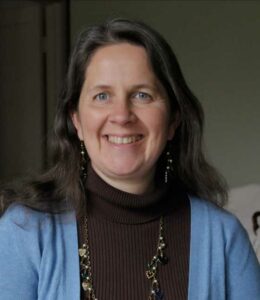 Tamara came to the Russian River in Healdsburg when she met her husband in 1990. In the summer cabin he renovated, they raised their son in the water, on the banks, and among the hills across from Fitch Mountain. She feels lucky that the river is part of her daily life, and is proud to be supporting Russian Riverkeeper’s work. With a background in education and accounting, Tamara has worked for non-profits including the Luther Burbank Center for the Arts, and currently volunteers with the Ceres Community Project. She enjoys hiking, singing and cooking, and spends most evenings ballroom dancing.

Bob is a Northern California native. He grew up spending his summers paddling on the Russian River. An outdoor enthusiast, he loves backpacking, bicycling, trial running and has an affinity for aquatic ecosystems. A graduate of Sonoma State University who received a Bachelors of Science in the Water Program under Steve Norwick, Bob spent over six years monitoring North Coast Rivers and their tributaries for the local State Water Resources Control Board in Santa Rosa.
Bob gained many certificates and licenses over the last few years. He is proficient with GIS, a Qualified Stormwater Practitioner (QSP), a Bioassessment Practitioner, a Drinking Water Treatment Operator (T2) as well as a Water Distribution Operator (D2). “If it has anything to do with water, I have a passion for learning everything I can about it” is Bob’s mantra. He looks forward to applying all his skills toward fulfilling the mission of the Russian Riverkeeper and directing policy toward protecting the Russian River Watershed for all its inhabitants now and forever. Bob can be reached at bob@russianriverkeeper.org

Birkin Newell developed a love of nature from growing up in Modjeska Canyon, nestled in the Santa Ana Mountains of Southern California.  After completing his Bachelor of Science Degree in Aquatic Biology from U.C. Santa Barbara, he has built a career around the outdoors.  He has worked as a naturalist for the Santa Barbara Museum of Natural History, the YMCA Point Bonita Outdoor Center, and Tucker Wildlife Sanctuary, where he managed a nature preserve.  Habitat restoration and natural resources management have also been a career focus, working for the U.S. Forest Service, UCSB’s Museum of Systematics and Ecology, the Sonoma County Water Agency, and Audubon Canyon Ranch.  He lives on a farm outside of Cotati and enjoys hiking with his family, playing music, surfing, fishing, and mountain biking. Birkin can be reached at birkin@russianriverkeeper.org

Originally from Memphis, Tennessee. Anastasia has a background in retail wine sales as former co-owner of Buster’s Liquor and Wines. She recently moved to Sonoma County and has made Guerneville her home. Anastasia coordinates some of the grant writing for Clean River Alliance based in the lower Russian River. Living along the river Anastasia values her work with Russian Riverkeeper and is committed to protecting the river forever. She is a certified California Naturalist through the University of California Naturalist Program.  Anastasia can be reached at ana@russianriverkeeper.org 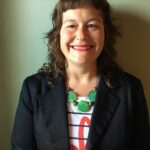 Lola grew up along the Mississippi River in rural Wisconsin before moving to California and falling in love with its iconic coast and many natural wonders. She has a passion for science communications, environmental protection, and member advocacy. Most recently, she fought for drinkable, fishable, swimmable waters as a consultant for grassroots groups including California Coastkeeper Alliance. She holds a B.A. in conservation biology and environmental studies and a M.S. in water resources management from the University of Wisconsin. Lola can be reached at lola@russianriverkeeper.org 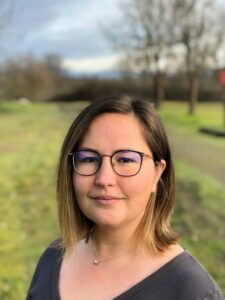 A California native, Jaime Neary grew up spending all her time outdoors and quickly made the ocean her second home. She has a B.S. in Marine Biology from UC Santa Cruz and a J.D. from Vermont Law School—both degrees with focuses in environmental conservation. Her goal is to combine the two interests and help bridge the gap between the science and legislative worlds to create effective and long-lasting change. To date, some of her more notable experiences are working with adaptive marine management, and helping to file a citizen suit in San Diego County for egregious Clean Water Act violations. In her spare time she enjoys: sailing, scuba diving, surfing, swimming, photography, jiu-jitsu and muay thai. Jaime can be reached at jaime@russianriverkeeper.org. 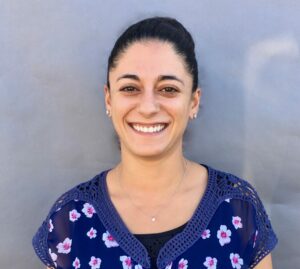 Ariel has lived in Northern California her whole life, and can’t get enough of its natural beauty!  She studied Communications and Education at San Francisco State University, and is committed to protecting the environment by raising awareness and fostering community engagement.  In her spare time, you can find her long distance running, playing music, and spending time with friends and family.  Ariel can be reached at ariel@russianriverkeeper.org.

Back to Top of Page