Bob is a Northern California native. He grew up spending his summers paddling on the Russian River. An outdoor enthusiast, he loves backpacking, bicycling, trial running and has an affinity for aquatic ecosystems. A graduate of Sonoma State University who received a Bachelors of Science in the Water Program under Steve Norwick, Bob spent over six years monitoring North Coast Rivers and their tributaries for the local State Water Resources Control Board in Santa Rosa.
Bob gained many certificates and licenses over the last few years. He is proficient with GIS, a Qualified Stormwater Practitioner (QSP), a Bioassessment Practitioner, a Drinking Water Treatment Operator (T2) as well as a Water Distribution Operator (D2). “If it has anything to do with water, I have a passion for learning everything I can about it” is Bob’s mantra. He looks forward to applying all his skills toward fulfilling the mission of the Russian Riverkeeper and directing policy toward protecting the Russian River Watershed for all its inhabitants now and forever. Bob can be reached at bob@russianriverkeeper.org 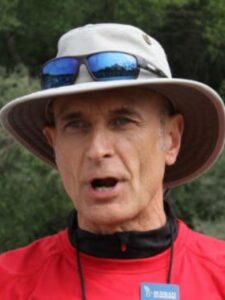