The upper reaches of the Russian River system originate in the rugged, mountainous terrain of the Inner North Coast Ranges, which include the coastal ranges to the west of Hwy 101 and the Mayacmas Mountains lying to the East. Being further from the coast, and experiencing a rainshadow effect, the ranges to the East are dryer and support large areas of chaparral dominated by Chamise (Adenostemma fasciculatum), Manzanita (Arctostaphylos spp.), and Scrub Oak (Quercus spp.).

Patches of serpentine are common and are characterized by conspicuous vegetation and plant communities, including many rare, endemic species that are completely different from those that surround them. Oak woodland and savanna occur at lower elevations on sites with deeper, more fertile soils and support the highest hardwood diversity in the state including common oak species such as Blue Oak (Quercus douglassii), Valley Oak (Q. lobata), Interior Live Oak (Q. wislizeni), as well as California Buckeye (Aesculus californicus), Bay Laurel (Umbellularia californica), and Pacific Madrone (Arbutus menziesii). 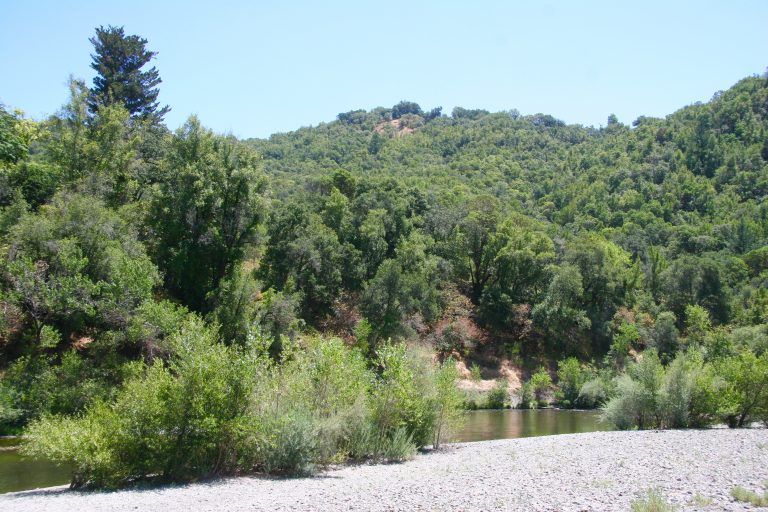 Lower River to the Pacific

The lowest reaches of the Russian River system are located within the coastal fog belt of the outer North Coast Ranges and experience cool, moist, maritime conditions in contrast to the more continental climate of the inland valleys. A north coast coniferous vegetation type characterizes this region with tree species such as Redwood (Sequoia sempervirens), Douglas Fir (Pseudotsuga menziesii), and Tanoak (Notholithocarpus densiflorus). Patches of upland Coastal Prairie occur on south-facing slopes and ridges, remnants of a once vast and diverse grassland ecosystem that stretched along the northern California Coast. 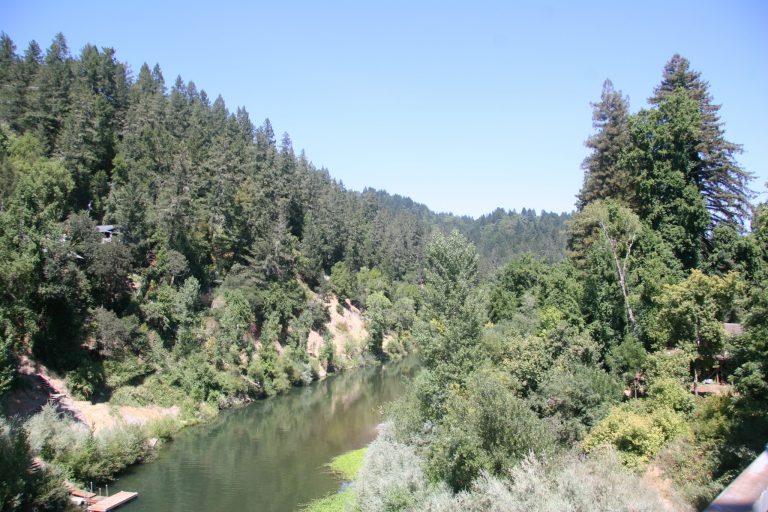 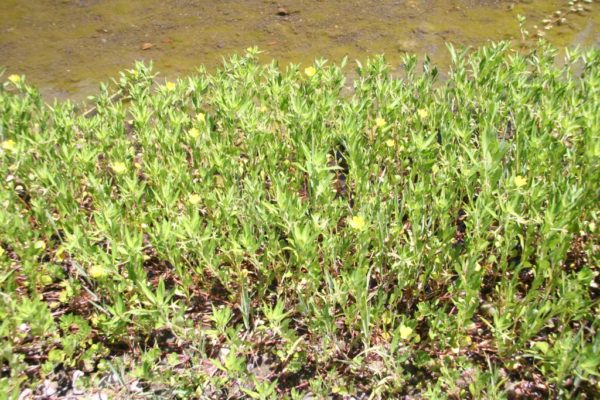 Tips for Removing Ludwigia – Get it before summer starts!

Remember:
Always do good without causing more harm: prevent downstream spread!
When you see new Ludwigia plants remove them promptly before they mature and seed!

Scarlet wisteria, Sesbania punicea, is an ornamental woody shrub or small tree that grows to 14ft with clusters of bright red-orange drooping flowers and acacia like compound leaves. Wisteria produces large distinct seedpods that can get up to 3-4 inches long. When shaken in the wind these pods make a rattling sound giving this it the common name “rattlebox”. This plant is listed HIGH priority for removal by the Cal Invasive Plant Council due to its ability to aggressively take over riverbanks. 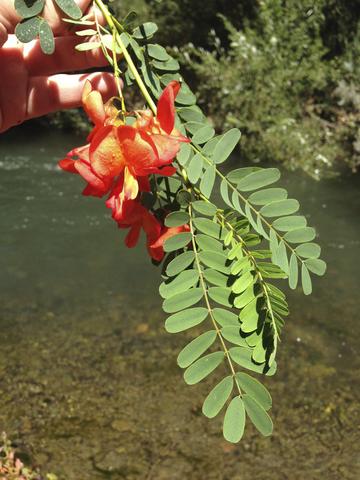 Scarlet Wisteria Life cycle & Habitat:
Flowers and seedpods are produced in late spring and persist through fall between June and September. A single plant can produce between 100-1000 pods annually. Seed germination rate is high and the seed bank can last for many years. Scarlet Wisteria favors warm moist environments and is most problematic when growing along the banks of rivers, streams, creeks, wetlands and marshes. It forms dense thickets and quickly colonizes entire riverbank systems.

Scarlet Wisteria:  How you can help Russian Riverkeeper eradicate it!

If you see Red Wisteria please call us at 707-433-1958 or e-mail info@russianriverkeeper.org with the location, number of plants and if it’s seeded yet.