About the Russian River 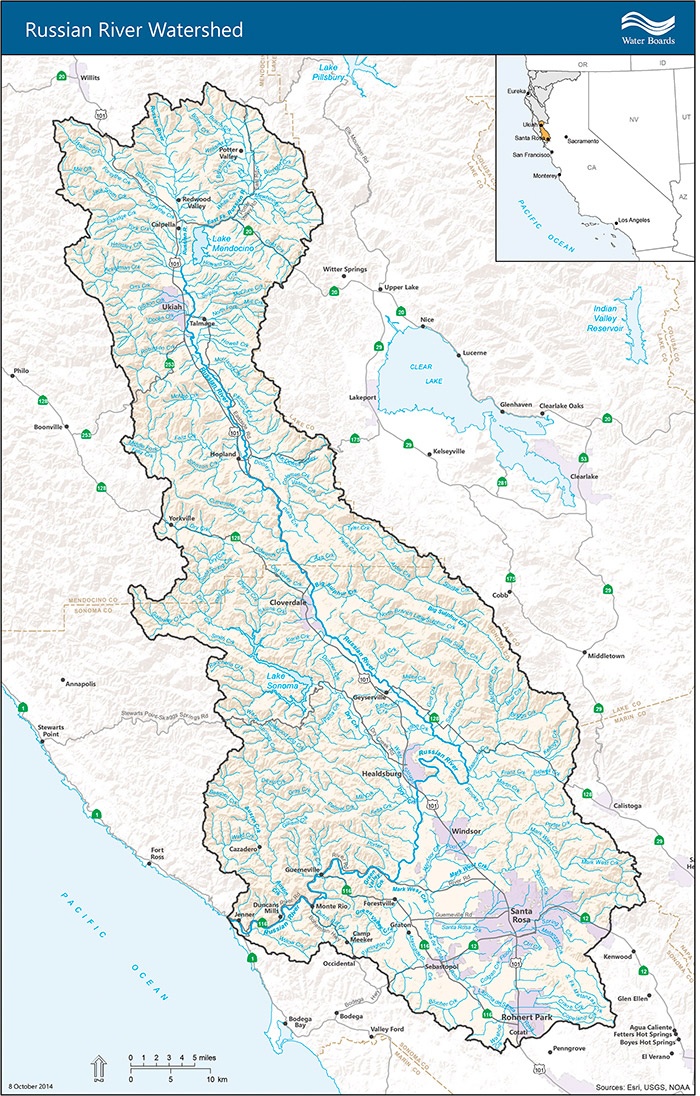 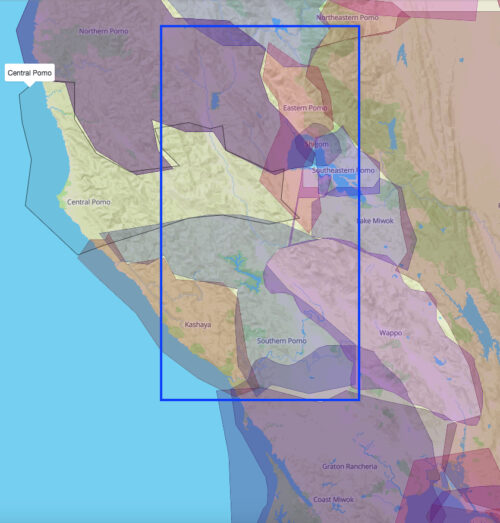 The Russian River is 110 miles long with headwaters North of Ukiah, near Willits, that flow southward to Forestville where it runs West and empties into the Pacific at Jenner.

The watershed area is roughly 1500 square miles, with large dams Lake Mendocino in Ukiah and Lake Sonoma near Healdsburg.  In Potter Valley a PG&E hydroelectric facility diverts water from the Eel River into the East Fork of the Russian River.

The Russian River was first known among the Southern Pomo as Ashokawna, “East water place” or “water to the East;” later an 1843 Spanish Land Grant referred to it as Rio Grande.

The river gets its current name from the Russians of the Russian American Company who settled in Fort Ross just North of Jenner in the early 1800’s and explored the river using native Inuit’s from the far North to trap fur bearing river otters and sea otters off the coast. After the Russian American Company left Fort Ross, the next wave of settlers were drawn to the plentiful redwoods and logging became the principal industry in the watershed, with mills and railroads sprouting up to cut and transport centuries old redwood to the San Francisco Bay Area to construct buildings and ships.

The Russian River drew people since the first Native American settlers because of its bountiful fish populations and abundance of basket making materials. The Russian River is still home to endangered and threatened runs of Chinook Salmon, Coho Salmon and Steelhead Trout.

Today the Russian River is a cornerstone to the local community and the greater San Francisco Bay area, providing water to over 600,000 residents and summer recreation to almost a million visitors a year. The Russian River’s recreational opportunities to swim, sunbathe, float a tube, canoe or kayak, fish, bird watch, relax, or just get away and connect with nature have drawn visitors and summer residents from the northern California for over a 100 years.

The North Coast Resource Partnership has many pages of information about the Russian River watershed.

Swim Guide is a smartphone app that helps you discover beaches along the Russian River and California coast. It shows you the current status of each beach so you know where the water is clean enough to swim every single day. It also allows you to report pollution to your closest Waterkeeper.